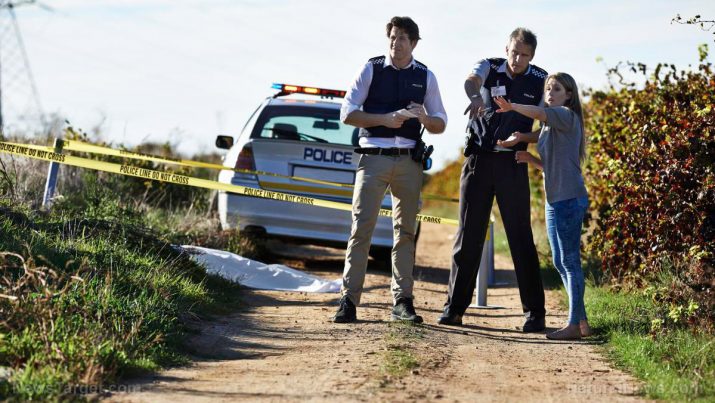 Groundbreaking research by forensic psychologist Dara Mojtahedi has found that eyewitness recollection can be distorted easily by other people’s views, and he is calling on courts and police to keep this in mind when considering the testimony of witnesses.

In one study, he showed groups of volunteers, who would serve as “witnesses,” footage of a real-life violent incident. Afterward, some people were allowed to talk amongst themselves. He found that these people’s recollection of what happened in the video was easily distorted by those they conversed with, including eyewitnesses who the researcher enlisted to suggest that the wrong man was the instigator of the fight seen in the video. This influence led many of the “witnesses” to make inaccurate statements.

Mojtahedi has now taken the research one step further to explore what he calls “co-witness familiarity on statement similarity.” He placed 420 participants in groups that included people who were relatives or who had known one another for a period of three months or longer. These people viewed fight footage and then had a group conversation before providing private individual statements. He found that the post-event discussions had a significant impact on the degree of similarity between the individual statements when the co-witnesses had pre-established relationships.

This is particularly important to bear in mind when one considers the fact that 86 percent of eyewitnesses know one another, which means there is a shocking amount of potential for misleading statements – and these are the type of statements that could lead to wrongful convictions.

Mojtahedi attributes this to the fact that when people encounter information that comes from someone they don’t know, they don’t have any way of knowing if the person is more likely to be right about a situation than themselves. On the other hand, people are less likely to question the reliability or accuracy of people who they know and like.

He believes that lawyers, police officers and jurors alike should be making a bigger point of asking eyewitnesses if they witnessed the event in question in the company of strangers or friends and considering their statements accordingly. The Innocence Project reports that 71 percent of the 350 exonerations based on DNA that have taken place to date involved eyewitness misidentification.

Stress and other factors can also influence eyewitness reliability

Another factor that can significantly impact eyewitness reliability is stress, and violent crimes are often stressful to those who witness them. Studies have shown that people perform poorly on all types of cognitive tasks when they are stressed, including memory recall. The presence of weapons at a crime can also distract witnesses.

False memories easier to create than you might think

Shaw says that each time someone recounts a story, they make small changes to it, adding in new details they might have heard elsewhere or leaving out some other details, which eventually creates new accounts that could have very little connection to the reality of what transpired. In fact, Shaw sometimes hacks people’s memories with the aim of illustrating just how the process of interrogation can alter people’s memories.

It’s frightening to think of the ramifications of this type of manipulation. Not only can wrongful convictions devastate families and leave criminals free to offend again, but purposeful memory manipulation can help authorities find a believable reason to put those they disagree with or who speak out against them behind bars.