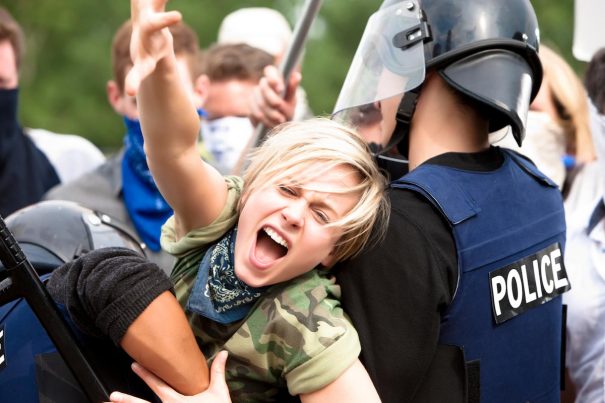 The most ironic thing about the far-left these days, is that for all their talk about ending racism, they’re the ones who spend the most time dividing us by race. While most normal people are going about their lives, not paying any attention to the racial differences of their peers, it’s leftists who see racism around every corner and demand that we focus on our differences rather than what we have in common.

(Article by Daniel Lang from thedailysheeple.com)

So it’s no surprise when this results in behaviour that sounds an awful lot like the racism these people are supposedly trying to stop. Take for instance, a student protest that occurred last Thursday at the Claremont McKenna College.

The students were organized by the “ShutDown Anti-BlackFascists,” Facebook group, in an effort to stifle a guest speaker by the name of Heather Mac Donald (a conservative author who believes that there is a war on cops). The protesters managed to force Heather to cut her speech short and flee to an auditorium where her speech was then live-streamed. Hiram E. Chodosh, the president of the college, stated that “In the end, the effort to silence her voice effectively amplified it to a much larger audience.”

Follow more news about the race war at RaceWar.news.