Is Mark Zuckerberg planning to poison children with forced vaccinations? 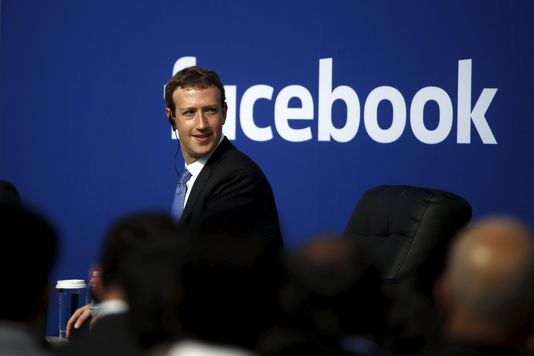 The 61-year-old billionaire and self-proclaimed “humanitarian,” Bill Gates, has a new, younger protege that wants to follow in his footsteps by trying to vaccinate the entire world: Facebook CEO Mark Zuckerberg. According to reports, Zuckerberg is currently in the process of opening up his own $600 million “biohub” in Silicon Valley that aims to procure $3 billion in capital to “cure, prevent and manage” all disease throughout the entire world in just one generation.

The social media guru has apparently been inspired by Gates’ ambitious goal to jab every man, woman, and child on the planet with as many vaccines as possible in order to reduce the global population. And just like Gates, Zuckerberg is couching his latest endeavors in faux benevolence, particularly when it comes to the vaccination agenda that is being branded as humanitarian aid.

The ultimate goal of Zuckerberg’s biohub, as reported by The Guardian, is to usher in a “new era of accelerated progress in science and health.” In plain speak, the plan is to roll out all sorts of new vaccines, genetically-modified organisms (GMOs), crop chemicals, and other things to centralize control over the basic necessities of the world.

Several large universities have already partnered with Zuckerberg’s biohub, including the University of California, San Francisco (UCSF), the University of California, Berkeley (UCB), and Stanford University. Together, these academic institutions will partner with Zuckerberg and his various investors and project managers to begin the world’s “most bold and innovative and most risky work” to bring the plan to fruition.

In a broad sense, the biohub will focus on novel ways to address prevention, treatment, diagnosis, and rapid response to disease, which includes producing more pharmaceutical drugs and more vaccines to be pushed on the masses — particularly in developing areas of the world such as Africa. As usual, infectious diseases like HIV and AIDS are being propped up as justification for the program, which would otherwise raise a lot of red flags as to its scope and potential.

Another area of research that the biohub plans to focus on involves data mining, particularly from privacy invasion tools like Facebook that track the habits, movements, and attitudes of its users in real time. The concept of information going “viral” via these mediums and platforms, for example, is one such area where Zuckerberg’s greater plans to unveil more drugs and vaccines on a global scale come into play.

“A lot more data is available about spread of real disease,” says Jure Leskovic, an associate professor in computer science at Stanford who is studying the viral nature of information flow via social media, and developing new ways to use these techniques in predicting the spread of disease. (RELATED: More on the dangers of vaccines and other forms of bioterrorism is available at Bioterrorism.news)

At the same time, not everyone is on board with the plan, especially those who recognize that similar endeavors by the likes of Gates are meeting considerable opposition. In India, for instance, Bill Gates is being sued for his role in bringing in dangerous vaccines that have injured and killed tens of thousands of innocent children.

There is also the potential of political opposition from the incoming Trump administration, which has already indicated it plans to cut funding for similar programs like the President’s Emergency Plan for Aids Relief, or Pepfar. This endeavor launched by former President George W. Bush delivered millions of doses of anti-retroviral drugs to people in sub-Saharan Africa, and it now appears to be on the chopping block.